Kim Kardashian is talking about her terrifying Paris robbery for the first time in a new clip for "Keeping Up with the Kardashians."

How to Protect Your Jewelry?

When you damage or lose your jewelry, the last thing you should worry about is how to repair or replace it.

More details are emerging from Kim Kardashian's horrific Paris robbery from last year. A French newspaper has published the stars verbal statement to French police about the October event, during which she was robbed for almost $10 million worth of jewelry at gunpoint inside her hotel room. Local police have yet to release a report. 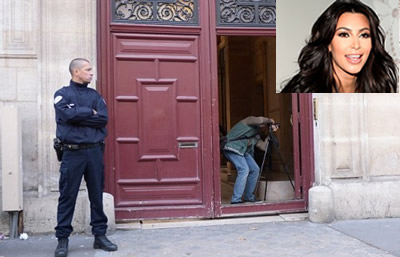 She had been in Paris for Fashion Week. She told authorities the robbery took place at 4:30 AM while she was wearing nothing but a bathrobe. Kim said that her sister Kourtney Kardashian and her assistant changed clothes and left and she went up to her computer upstairs and worked. She heard noises at the door and asked who was there. No one answered and she called her bodyguard just before 3 AM. She then saw through the sliding door two people including a man of the reception who was tied up.

She stated the robbers were two hooded men wearing jackets that read Police and one of them wore a ski mask. She said they spoke to her in French took her blackberry and asked where her ring was which cost $4 million. She told him she did not know but pointed at the piece of jewelry, which was lying, on her bedside table. Kim told the police he took the ring and asked her where he could find more jewelry and cash.

In the upcoming season of Keeping Up With the Kardashians she tells her sister she feared the robbers, which shoot her in the back. Kim told the police the robbers pushed her onto a bed and emptied her purse which was lying next to a jewelry box that contained two diamond Cartier bracelets, Lorraine Schwartz diamond necklace and diamond earrings, a gold Rolex watch and a diamond necklace that read Saint.

They tied her up with plastic cables and taped her mouth shut and used tape to bind her legs. Then they carried her into the bathroom and put her in the tub. It was previously reported that one of the rings was an upgraded 20 Carat Lorraine Schwartz diamond engagement ring Kanye had given to her in September. Kim also told the police the robbers did not take her cash but did take her iPhone 6 and Blackberry.

She said they left running and she removed her constraints around her, went to her friend's room from where she called Kourtney. She said she was not injured and wanted to file a complaint. She wanted to leave and return to her children in the United States, adding that she had a private plane waiting for her.

Last week French police arrested 17 people mostly men, suspected to have been involved in the robbery. Four of them were charged, including the brother of the limo driver Kim used while staying in Paris.